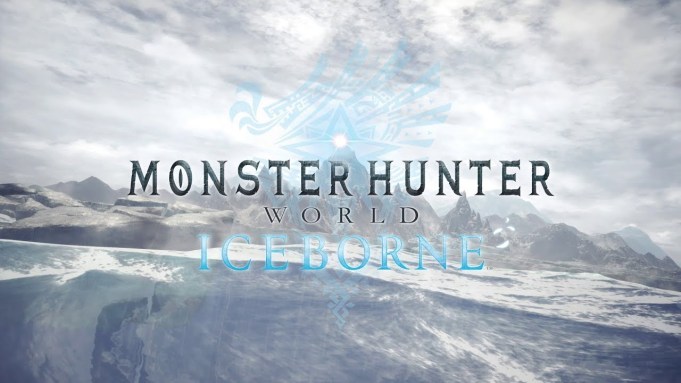 Capcom is working on a massive expansion for “Monster Hunter: World,” it announced on Monday.

Iceborne will be available in Fall 2019 on PlayStation 4 and Xbox One. Capcom said it will share more details about a PC release in the future. The expansion will have new quest ranks, locales, monsters, moves, and gear, as well as a full narrative that picks up after the events of the base game.

Capcom will share more details about Iceborne in the spring.

In the meantime, the publisher announced it’s collaborating with CD Projekt Red on “The Witcher”-themed downloadable content that will bring professional monster hunter Geralt of Rivia into the New World early next year. The DLC will include new unique quests offering “a brand-new type of gameplay that blends the immersive RPG experience of ‘The Witcher 3’ with ‘Monster Hunter: World.’ Geralt of Rivia voice actor Doug Cockle is reportedly recording new dialogue for the collaboration.

Additionally, the Kulve Taroth Siege special event quest returns on Dec. 20, Capcom said. This time, however, there’s a tougher Arch Tempered version of the monster to take down. Capcom also plans to hold The Appreciation Fest to celebrate “World’s” first year anniversary in January. It will include a newly decorated Gathering Hub, anniversary quests, and special equipment.

Finally, Capcom announced it’s offering a free trial of “Monster Hunter: World” on PS4 and Xbox One starting Tuesday, Dec. 11 at 4 p.m. PST and ending Dec. 17 at 3:59 p.m. PST. It allows new players to experience the game up to the 3-star level and online multiplayer up to Hunter Rank 4.