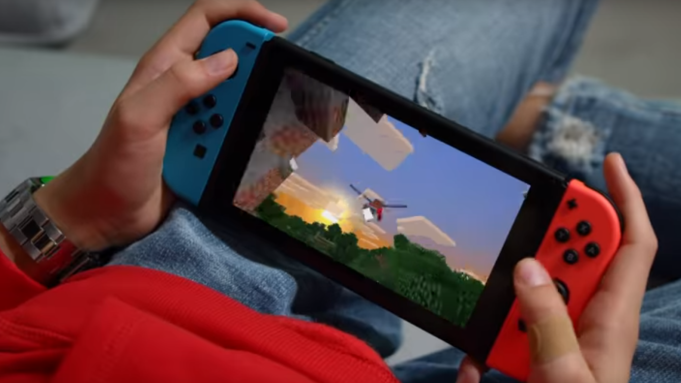 “Minecraft” fans who play on the Nintendo Switch can now play with friends who game on Xbox One thanks to a new update.

A new trailer from Nintendo shows two people playing “Minecraft” together— one on the Switch, the other on Xbox One. “Minecraft” players can also cross-play with the mobile and PC versions.

The update is available now on the Nintendo eShop.

To put the significance of this into a bit of context, this new update comes not long after the release of “Fortnite Battle Royale” on the Switch, released on June 12. While there was much excitement as “Fortnite” players started downloading and cross-playing with their friends, there was a lot of backlash for Sony, who chose not to allow cross-platform play. Players who used their “Fortnite” accounts on the PlayStation 4 were stunned to find that they were then unable to use those accounts on the Nintendo Switch version— and vice versa.

There was a lot of speculation in the reasons why Sony had blocked accounts from use on the Switch in the two days it took the company to respond. When they did, the response was quite simply, lacking, only acknowledging that cross-platform play is compatible between the PlayStation 4 and the PC, Mac, iOS, and Android versions and further stating that Sony had “nothing further to add beyond at this point.”

While Sony is within its legal rights to not allow accounts to be used on the Switch version, it certainly doesn’t make them look too good as the console wars era is coming to an end.

Sony has also refused to allow cross-platform play with Microsoft and Nintendo for “Minecraft,” stating that they cannot control the user base and protect the many younger players who enjoy “Minecraft.”

While Nintendo’s new trailer seems like a bit of a veiled jab at Sony, it also gets across the main point: “Minecraft” is definitely a game that’s better together, regardless of what system you play it on.