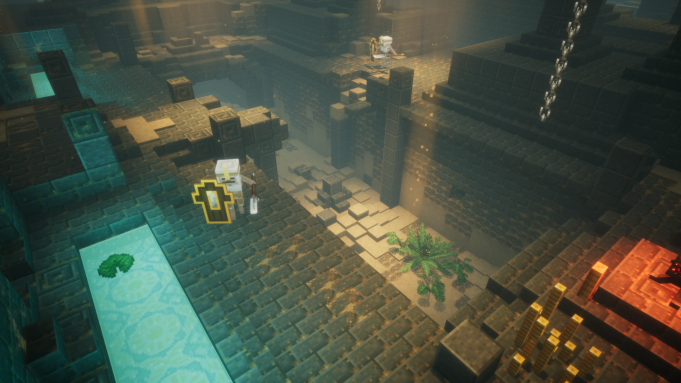 Mojang, creators of massive global hit “Minecraft,” are working on its first new major game in more than a decade: “Minecraft: Dungeons.”

The game is a dungeon crawler a bit like Blizzard’s “Diablo” titles but starring the blocky creatures, characters, and creations of “Minecraft.” The game, due out on PC in 2019, will support up to four players in cooperative play.

“This was a passion project from a small dedicated team at Mojang,” said Jens Bergensten, lead developer at the studio. “It lets players live the experience of spelunking, mining, and cave exploring in the sense of a classic dungeon crawler game.”

Bergensten said the game will feature both the well-known creations from the original game but also a bunch of new items and bosses.

“It’s a distilled version of ‘Minecraft,’” Bergensten said, noting that it won’t have building or block destruction. “We wanted to focus on making the dungeon crawler part of the game as good as possible. We talked about adding building a lot, but we were concerned it would distract from what the game is meant to be about.”

The adventure game will feature a story and is being built inside Unreal Engine, he said. There are plans for a beta, but it will be rolled out to a relatively small group of people.

The new game, which doesn’t yet have a price, was announced during the weekend’s Minecon Earth 2018.