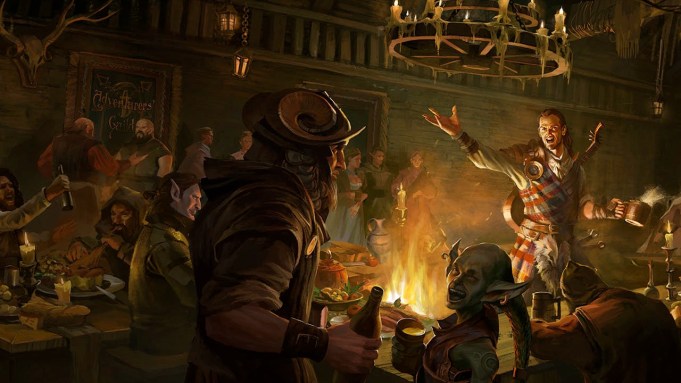 Founded in 2002 by Interplay founder Brian Fargo, inXile has studios in Newport Beach, Calif. and New Orleans. It specializes in role-playing games and is currently working on a third entry in the post-apocalyptic “Wasteland” series. That title is expected to launch sometime in 2019.

“One of my dreams has always been to create an environment in which creativity can flourish, and this is going to allow that to happen in a way I’ve never had before,” inXile CEO Brian Fargo said in a video to the community. “It’s going to allow me to spend 100% of my time in product development, and it’s a luxury that very few development companies have.”

“The team at inXile has earned a distinguished reputation for creating deep, engaging role-playing games,” said Matt Booty, corporate vice president of Microsoft Studios. “As part of Microsoft Studios, inXile will have the support and freedom to fully realize its creative ambitions on both existing franchises and new projects. The studio will continue to operate autonomously and bring its unique talents, IP and expertise to Microsoft Studios as they build new RPG experiences for our players and fans.”

InXile is not the only well-known studio joining the Microsoft team. Obsidian Entertainment is hopping on board as well, Microsoft announced on Saturday. Like inXile, Obsidian is well-known for its role-playing games, such as “Pillars of Eternity” and “Fallout: New Vegas.” Earlier this year, Microsoft also acquired Undead Labs (“State of Decay”), Ninja Theory (“Hellblade: Senua’s Sacrifice”), Playground Games (“Forza Horizon”), and Compulsion (“We Happy Few”).

“We are committed to expanding the Microsoft Studios franchises players already love, and investing in new, exclusive content for every type of gamer,” Booty said. “It is a genuine pleasure to welcome inXile Entertainment to the growing Microsoft Studios team and work with them to deliver bigger and more ambitious games for their fans. I’m excited to see the team maximize its potential at Microsoft and can’t wait for what the future has in store.”