Continue to Variety SKIP AD
You will be redirected back to your article in seconds
Jun 6, 2018 2:37pm PT 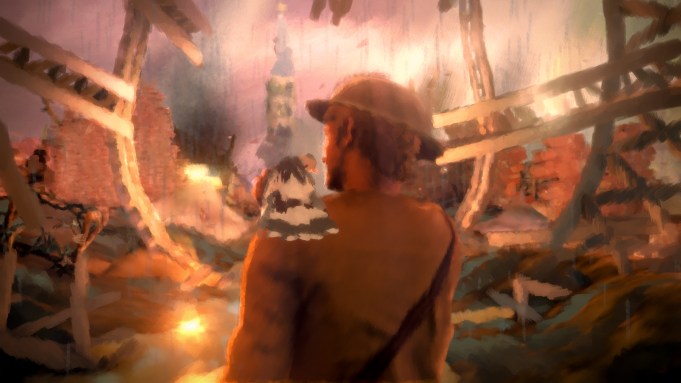 Actors Elijah Wood and Sebastian Koch will be lending their voices to the upcoming World War I game “11-11: Memories Retold,” publisher Bandai Namco announced on Wednesday.

Wood will portray Harry, a Canadian-American photographer whom players will inhabit for much of the game. Koch has been cast in the role of Kurt, a pacifist “driven by duty.” The story, inspired by true events, will follow the dual protagonists as they navigate the horrors of global war. Described as a “story-driven adventure,” “11-11” features a painterly, impressionistic art style not often seen in games.

The project is being co-developed by Bristol-based animation company Aardman and DigixArt, a video game studio located in Montpellier, France.

Wood is best known for his lead role as Frodo Baggins in the multi-Oscar-winning “Lord of the Rings” trilogy, and starred in last year’s Netflix original film “I Don’t Feel at Home in This World Anymore.” Koch has been featured in such films as Steven Spielberg’s “Bridge of Spies,” and also had a recurring part on the Showtime series “Homeland.”

Wood and his production company, SpectreVision, will be present at this year’s E3 in Los Angeles, showing off their upcoming VR project, “Transference.”