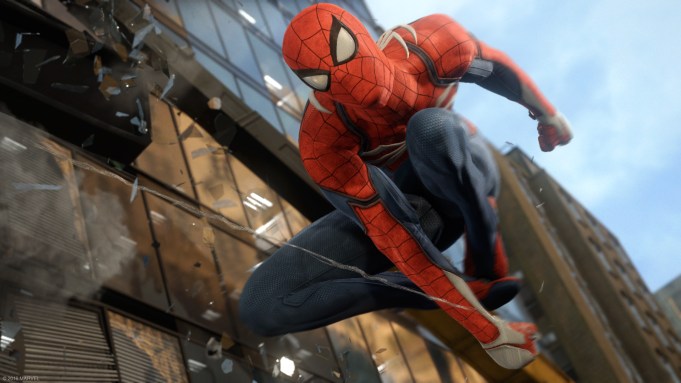 Set to Campfire’s adrenaline-pumping track “Superhuman,” the trailer finds Peter Parker in costume meeting up with Miles Morales, intercut with Spidey riding atop a car on the freeway and zipping through the air.

A few brief glimpses of the Sinister Six are also in order, as the trailer highlights some of the verticality and cinematic moments that should prove to be integral parts of the game as a whole. Morales is there to film much of it along the way.

It’s a sizzle reel of sorts that touches on a bit of what you’ve likely already seen from the game before, touching on Peter Parker as a more seasoned crime-fighting veteran who’s spent eight years fighting crime around New York City.

This time around, the game is set to tell an original story that hasn’t been explored in prior releases, with several unique roles even for familiar characters, such as Mary Jane.

Spidey will have plenty of abilities at his disposal, and nearly free reign of New York City, so players can take their time exploring the neighborhoods of the Big Apple at their leisure, from Manhattan and onward. It’s an amalgam of different gameplay styles melded together, even offering Mary Jane a playable role later on in the game.

Insomniac’s upcoming superhero adventure is swinging to PlayStation 4 as an exclusive on Sep. 4, 2018.