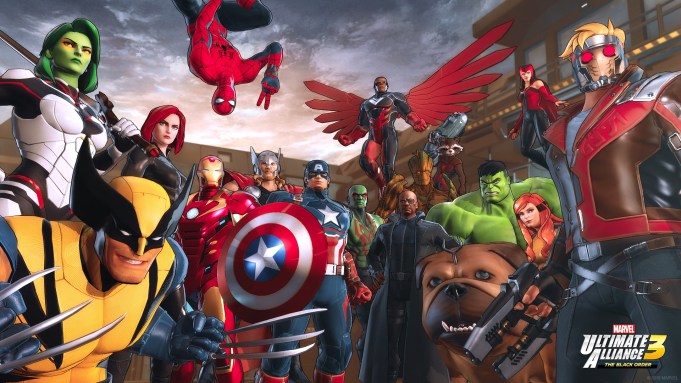 Nintendo and Marvel are teaming up to bring “Marvel Ultimate Alliance 3: The Black Order” exclusively to Switch, they announced during The Game Awards on Thursday.

This latest installment in the franchise arrives nearly 10 years after its predecessor. It’s being developed by Koei Tecmo and Team Ninja. “The Black Order” brings together a variety of superheroes and villains from across the Marvel universe to battle for the Infinity Gauntlet. Standing in their way is the mad cosmic tyrant Thanos and The Black Order. The game features an original story and a playable cast of dozens of Marvel characters, including members of the Avengers, X-Men, and Guardians of the Galaxy (a series first).

“Marvel Ultimate Alliance 3: The Black Order” features up to four player co-op via online, local wireless, or Joy-Con. Four players with four Joy-Cons can all play on a single system, Nintendo said.

“As longtime fans of the franchise, we could not be prouder and more excited to bring back ‘Ultimate Alliance’ with its biggest game yet,” said Mike Jones, vice president and executive producer, Marvel Games in a press release. “’Marvel Ultimate Alliance’ is all about teaming up with your friends and creating your own ‘dream team’ of super heroes to go on adventures across the Marvel Universe, and Nintendo Switch is perfect for delivering on that promise of cooperative gameplay and shared experiences.”

Nintendo and Marvel will release additional details about the game in the future.

Make sure to check out all of Variety’s Game Awards 2018 coverage from the red carpet and inside the awards themselves. You can catch up on all the latest news here.