Build the Ultimate Deck of Heroes in ‘Marvel Battle Lines’ 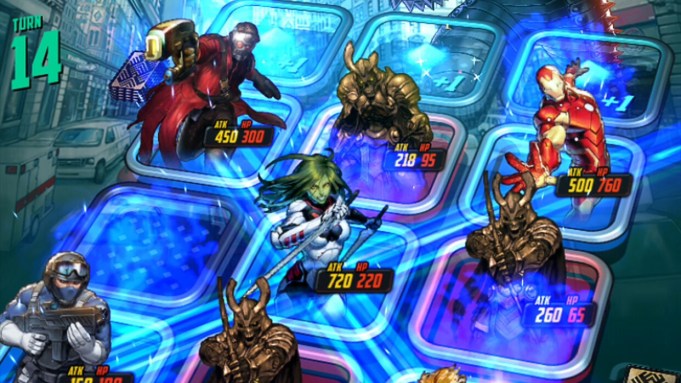 Marvel fans got their first look at gameplay in “Marvel Battle Lines” at San Diego Comic-Con on Thursday.

The new trailer shows a few glimpses of the hundreds of Marvel heroes and villains players can expect in the strategic card battle game.

Decks are made up of 12 digital cards, and players must strategically build up “lines” of powerful defense and offense to take out their opponents along their 3×4 grid. Finding the best combinations of action cards and character cards is where the strategy element comes in.

“‘Marvel Battle Lines’ intuitive gameplay allows players to battle in single player and be competitive in PvP from the beginning,” a press release for the game states. “Collecting cards from each battle in the single player or PvP modes, players can build diverse decks of powerful Super Heroes and Super Villains, mastering their strategies to take on greater challenges and compete with the best in PvP.”

The free-to-download title is coming to Android and iOS, but we don’t have an exact release date just yet.

“Marvel Battle Lines” is coming later this year, but you can pre-register now at http://www.marvelbattlelines.com and receive an exclusive Dr. Strange card and 5,000 units of in-game gold.