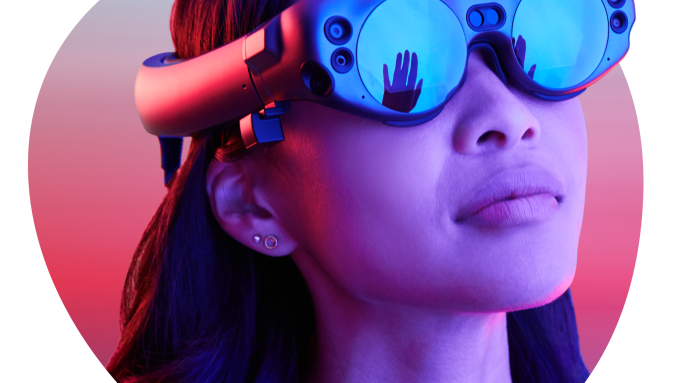 Magic Leap on Thursday detailed a new Independent Creator Program that will give out grants of $20,000 to $500,000 to approved independent developers in exchange for them creating content for the augmented reality headset. The developers will retain full control of the project, code, IP and all earnings from their creations, the company said.

Submissions for the grants open today on Magic Leap’s website and run for 30 days, with the Magic Leap team looking for the best ideas teams or individuals put forward in any category as long as it takes full advantage of the Magic Leap hardware. Applicants will have to lock down a publishing timeframe of what will likely be three to 12 months out.

This is what Caraeff called the first wave of 12 months of grants. The company is committed to this being a “eight-figure program,” he said. “We think it is a big deal for us in terms of embracing the independent development community.”

The idea is that the program will continue to take shape as each wave of grants goes through the program.

Currently, Magic Leap — which recently started shipping throughout the United States — has a little less than 20 programs available in its marketplace. Caraeff said that there are about ten more that are expected to arrive on the store this year.

“I’d be happy if we close the year with 25,” he said. Though he’s not sure how the community of creators and developers will react to Thursday’s news, he hopes that it could help add 30 to 50 new pieces of software to the marketplace in the next six to nine months, he said.

“It is about having a range of developers and use cases,” he said. “We don’t want to have 30 applications in development that are in the same category. The goal is to get a high yield and have as many applications come out as possible, as quickly as possible.”

Caraeff declined to say how many Magic Leap headsets have been sold to date, but said the company is happy with the results and where they are now. He also noted that they are in the process of locking down how the company’s partnership with AT&T will support in-store sales of some sort.

“There will be a limited foray into retail,” he said.

While gaming and entertainment remain an important element of Magic Leap’s software, Caraeff did say that next year will likely see an increased focus on more enterprise applications and use cases.

“We have seen a tremendous amount of interest there,” he said.