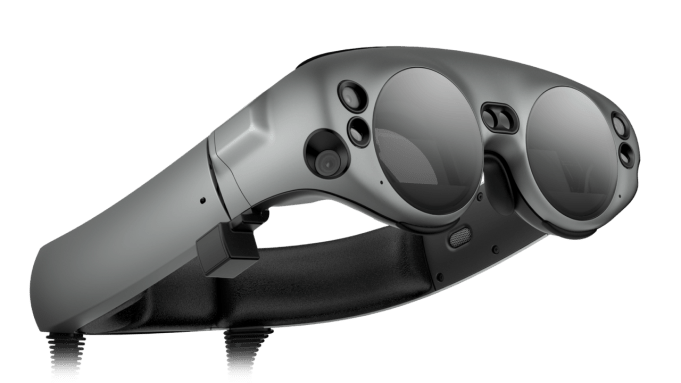 The website iFixit is known for its tear downs of consumer electronics, and it recently cracked open Magic Leap’s new mixed reality headset to figure out how it all works.

The Magic Leap One launched earlier this month and it’s currently available in six major cities in the U.S. or through the company’s own website for $2,295. It comes in two sizes and includes the Lightwear headset, Lightpack computing pack, Control handheld input device, and chargers.

“The Magic Leap One is unlike anything we’ve seen before, so it’s no wonder that it took eight years to make,” iFixit said. “It didn’t take long for us to get baffled by the optical tech inside this device, so we grabbed a few industry experts and went to (tear-down) town.”

The Lightpack needs a “surprising” amount of cooling, iFixit said. It also has a bigger (non-replaceable) battery than some un-cooled tablets, like the Surface Go, but it only gets three hours of battery life. iFixit was pleasantly surprised by the stretch-release adhesive securing the battery, though. There’s apparently a lot of it and it helps with shock-resistance and general durability.

Six LEDs light up miniaturized OmniVision LCOS displays inside the headset and bounce an image through filters, mirrors, and polarizers to generate a 3D-looking object, iFixit said. “Each eye gets two sets of red, green, and blue screen layers that create two focal planes, increasing the illusion of depth,” it said. “And that’s not even getting to the lens-mounted IR LEDs and IR cameras for eye-tracking, or the magnetic sensors for controller tracking.”

Overall, the website said the Magic Leap One is “an expensive, short-run piece of hardware” that was likely pushed out the door just to get something on the market. It gave the device a 3/10 on its repairability scale. “Let’s hope for a consumer edition that maintains the thoughtful design and dedication to durability, while also avoiding the short-sightedness of this device,” it said.

You can read Variety’s earlier hands-on impressions of the Magic Leap One, along with in-depth interviews with the developers behind it, here.