Continue to Variety SKIP AD
You will be redirected back to your article in seconds
Jul 18, 2018 9:56am PT 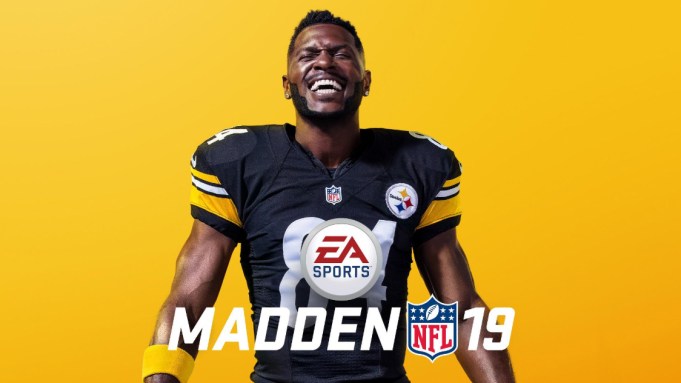 Brown, known for his entertaining end zone celebrations, appears with a wide smile on the game’s cover art. Originally a sixth-round draft pick, he’s now considered by some to be one of the greatest wide receivers of all time. He’ll join six other NFL stars in the Madden 99 Club, which is reserved exclusively for players rated 99 OVR.

“I am beyond honored to be on the cover of both ‘Madden’ games,” said Brown. “There’s a lot of milestones athletes dream of, and after being inducted into the Madden 99 Club earlier this year, and now appearing on the cover of this year’s games, it’s clear that business is not just booming, but I’m also among the all-time greatest with these honors.”

“AB has taken the league by storm the past few years and is arguably one of the best wide receivers to ever play in the NFL,” said Joshua Rabenovets, senior brand director at EA Sports. “His game is hot, he’s got a ton of personality on and off the field — he was an easy choice for the ‘Madden NFL 19’ cover.”

“Madden NFL 19” comes out on PC, PlayStation 4, and Xbox One on Aug. 10. It will feature the return of the series’ first-ever story mode, Longshot: Homecoming. The newly rebuilt “Madden NFL Overdrive” mobile app is available on Aug. 15 on iOS and Android.