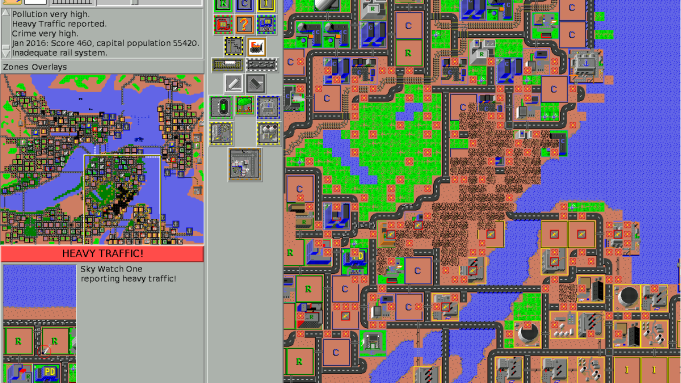 A rare NES port of Will Wright’s 1989 building game “SimCity” has surfaced after 27 years, thanks to the efforts of preservationists from the Video Game History Foundation.

The port was announced alongside its 16-bit SNES cousin and made a brief appearance at the Winter Consumer Electronics Show in 1991, but it was cancelled shortly after, Video Game History Foundation founder Frank Cifaldi explained in a recent blog post. People believed the port was completely lost, until a cartridge containing an unfinished version appeared at the Portland Retro Gaming Expo in 2017.

Video game preservationists were given a “once-in-a-lifetime opportunity” to digitize the game, Cifaldi said, and they’re now sharing it with the rest of the world.

The Nintendo port contained a few memorable additions that helped shape future installments in the series, including a cartoon virtual adviser named Dr. Wright (obviously based on creator Will Wright), the ability to take out bank loans, and a much-needed sense of progression. But, what really makes “SimCity NES” special, Cifaldi said, is the insight it gives on the collaboration between two legendary game developers, Will Wright and Nintendo’s Shigeru Miyamoto.

“Think about this. In 1990, two famous game designers from opposite ends of the globe sat down and collaborated,” he said. “The guy who just shipped ‘SimCity,’ probably the most famous computer game at the time, and the guy who just shipped ‘Super Mario Bros. 3,’ probably the most famous console game of the time, came together briefly to combine forces on a project.”

Cifaldi’s post has a lot more interesting tidbits and it’s worth checking out for a glimpse into gaming’s history.