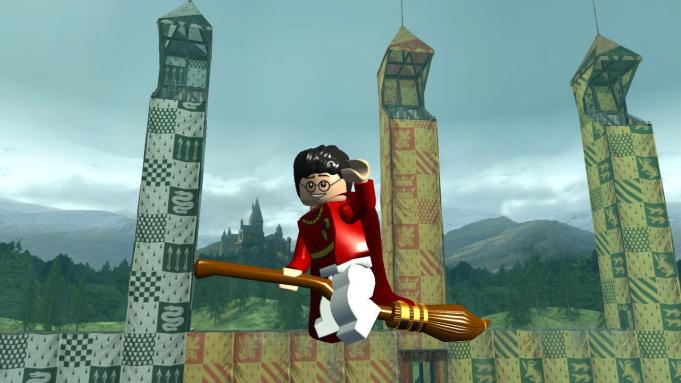 Muggles, rejoice: “LEGO Harry Potter Collection” is heading to consoles this October, just in time for witchcraft and wizardry galore.

Remastered versions of “LEGO Harry Potter: Years 1-4” and “LEGO Harry Potter: Years 5-7” will be included in the package when it lands on Nintendo Switch and Xbox One for the first time ever. Now, Warner Bros. Interactive Entertainment and TT Games are expanding their horizons and offering bigger, better versions of the fantastical adventures to other platforms so more Potter fans can get in on the game.

The “LEGO Harry Potter Collection” spans the entirety of Potter’s adventures in Hogwarts and features potion-making, puzzle-solving, and plenty of spells to whet any Potter fan’s appetite for adventure. Aside from stories spanning the eight films, the games will also feature two DLC packs and enhanced visual effects. The DLC was previously released on other platforms, but won’t cost extra in this package. Fans will be able to get their hands on additional characters and special spells by utilizing both selections.

The double pack is launching Oct. 30 with both games on one disc for Xbox One and one cartridge for Nintendo Switch owners, just ahead of Halloween. Previously, the package was only available for PlayStation 4 buyers last year, with the games available individually on PC via Steam as well. Now, additional LEGO-hungry audiences will be able to spend time with the games, which are excellent choices for family play.