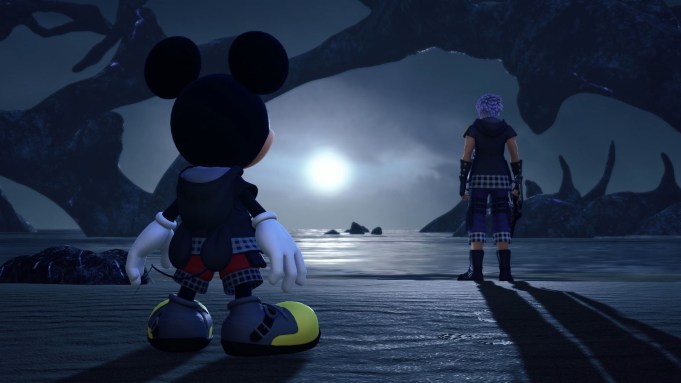 We’ve announced the release day for KINGDOM HEARTS III ahead of E3 at the KINGDOM HEARTS Orchestra -World Tour-. I’m sorry that we’re asking for a little more time than initially planned. Please look forward to other information, including a few trailers at E3. Thank you – Nomura

Numerous trailers for “Kingdom Hearts III” have been shown in recent years, highlighting specific Disney characters and worlds that are slated for inclusion in the game. Among the familiar faces confirmed so far are Donald Duck, Goofy, and King Mickey, as well as Sora, Kairi, and Riku. The game will feature locations from such films as “Winnie the Pooh” (the 100-Acre Wood), “Aladdin” (Agrabah), and “The Little Mermaid” (Atlantica). Characters and worlds from “Toy Story,” “Monsters, Inc.,” “Hercules,” and “Big Hero 6” have also been heavily teased.

Originally announced for the PlayStation 4 at Sony’s E3 2013 press conference, the game was eventually given a 2018 release window before being delayed. So far, the game has been confirmed for the PS4 and Xbox One.

This year’s E3 is being held this week, from June 12 to June 14, at the Los Angeles Convention Center. If tradition holds, we might expect to see more of “Kingdom Hearts III” during Sony’s presser on June 11 at 6 p.m. PT. Square Enix is also having its own press briefing at 10 a.m. PT the same day.