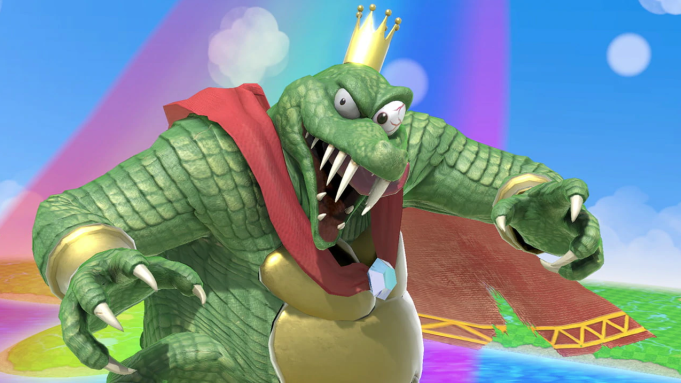 In the video, we also get to see Solid Snake in action, though he ultimately loses to K. Rool, politely golf-clapping as the red-eyed king leers in victory.

If you’re waiting for the coming release of “Super Mario Bros. Ultimate” on Nintendo Switch and somehow haven’t been following the daily videos, now’s a great time to go check them out on the official page. Monday’s match-up showed Dark Pit, Pit’s echo fighter, in action.

Earlier this month, Nintendo hosted a “Smash”-centric Nintendo Direct in which it unveiled a slew of new stages, characters, music and echo fighters.

“Super Smash Bros. Ultimate,” which is due out on Nintendo Switch on Dec. 7, now features more than 103 new and returning stages, as well as 28 hours of gaming music spread out across 900 songs.