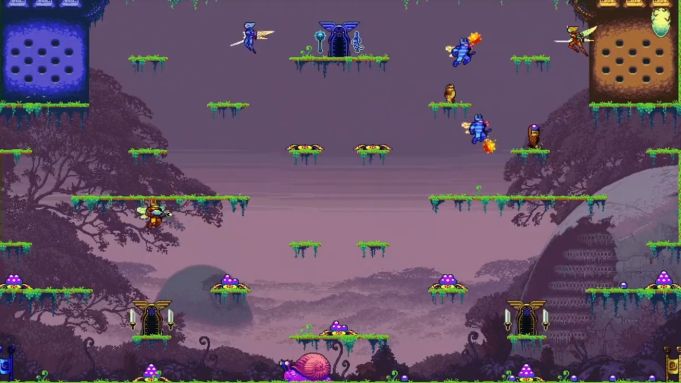 Bumblebear Studios’ “Killer Queen Black” is coming to Switch later this year, Nintendo announced during its E3 Direct on Tuesday.

“Killer Queen” is the world’s only 10-player strategy arcade game, according to its website. There are two teams of five players, and each person has only one button and one joystick. Each team starts off with a queen and four workers, and they can win in one of three ways — killing the opposing team’s queen three times, filling their hive with berries, or bringing a giant snail to their team’s basket. The Switch version has been redesigned from the ground up and will feature two teams of four players.

Rumors about the game’s existence surfaced online after an anonymous 4chan user posted a blurry photo of a print order for game logos that will supposedly be used during Nintendo’s video presentation on Tuesday, according to Inverse.