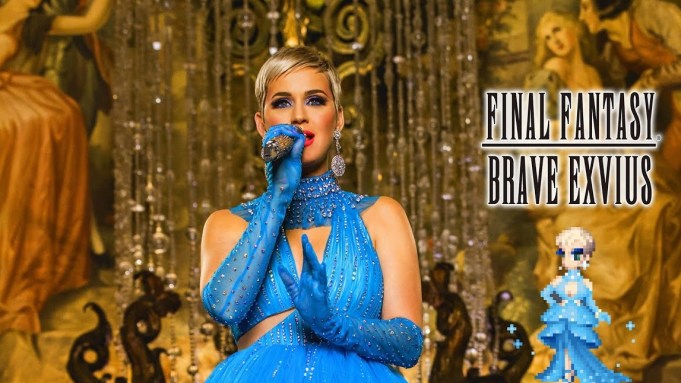 Perry has created an all-new song for the game called “Immortal Flame.” She’s also lending her likeness to several playable characters. People can grab the first one, Popstar Katy, during an in-game event on Dec. 12. The character features the red costume Perry wore during her “Witness” tour. Other character designs will be available in future in-game events, Square Enix said.

“Witness” is Perry’s fourth studio album. It debuted in June at No. 1 on the Billboard Top 200 and No. 1 on iTunes in 46 countries. Its lead single, “Chained To The Rhythm,” has over one billion streams worldwide.

She’s not the first pop star to appear in “Final Fantasy Brave Exvius.” Ariana Grande participated in a limited-time in-game event in 2017. Like Perry, she had a character modelled after her. It featured a black costume and the bunny ear mask she wore on the cover of her “Dangerous Woman” album. She also remixed her single “Touch It” for the mobile game.

Square Enix said it will reveal more details about its collaboration with Perry at a later time.

“Final Fantasy Brave Exvius” has been downloaded more than 30 million times worldwide since its launch in October 2015. It’s available as a free-to-play app (with in-app purchases) on Google Play, the App Store, and the Amazon App store.