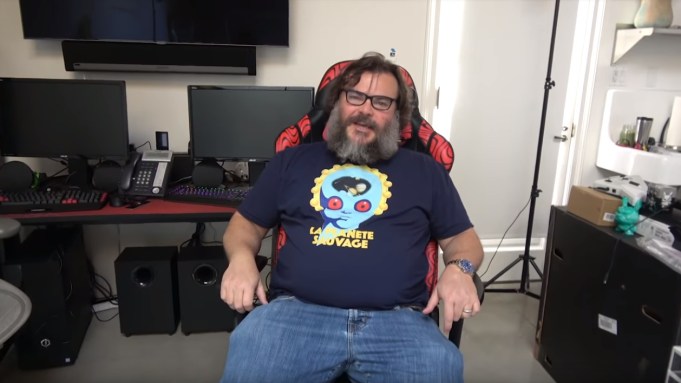 Black’s first video already has over 1.2 million views and is No. 10 on YouTube’s trending list, as of this writing. The Jablinski Games channel has nearly 350,000 subscribers so far, and the actor is apparently working on it with his son. “I just want to clarify that there is no production behind this,” he said in the comments. “This is all my son. He’s holding me hostage and I can’t be Tracer. Help…”

Jablinski Games plans to release a new video every Friday. Right now, reaction to it seems generally positive, if a little perplexed.

“This whole channel feels like I’m having a really weird dream but I love it,” said YouTube user Neon.

“The simulation breaks even more every day,” said iZiq. “I feel like in a few weeks we’ll see Ben Stiller doing ‘Fortnite’ dances in his own YouTube cooking series.”

Black is certainly not the first Hollywood celebrity on YouTube. Will Smith, Dwayne Johnson, Russell Brand, and more run successful channels where they share vlogs and recipes, and/or plug their current projects. But, Black might be the first high-profile celebrity to start a channel dedicated to video games.