You Can Soon Read Comics on the Nintendo Switch With InkyPen 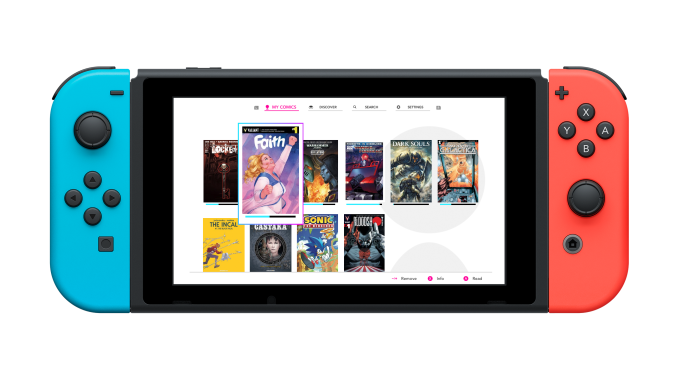 The Nintendo Switch is a great device for gaming, but unlike other consoles, it doesn’t deal in other forms of multimedia — yet. InkyPen, a new comic subscription service, is coming to the handheld in November. It’s the first international non-game Switch app to launch on the eShop.

InkyPen promises to let users read all of their comics anywhere in either handheld or TV mode for $8/month. Since it’s subscription-based, there’s no need to buy individual issues. It will have over 10,000 graphic novels, manga, and French bandes dessinées from publishers like IDW, Dynamite, Valiant, les Humanoïdes Associés, and Andrews McMeel.

“We have no intention of selling content piecemeal. There are other places for that. We’re bringing an all-you-can-read model to the international community,” said InkyPen CEO Ronan Huggard.

InkyPen was created by a team of comic book enthusiasts from Norway and Luxembourg with experience in the video game industry. They say it was born out of a genuine frustration that such a service didn’t exist.

“I could never afford to truly explore comics growing up, or even at university. Not because I didn’t have enough money, but because they were just too expensive for a student to justify buying. InkyPen solves this,” said Huggard.

Although InkyPen isn’t likely to have books from major publishers like Marvel or DC, it might be a good deal for people into the indie and international comics scenes. Plus, if it takes off, maybe Nintendo will start offering more multimedia services on the Switch.