‘Into the Breach’ Now on Switch; ‘Hyper Light Drifter’ and More Coming 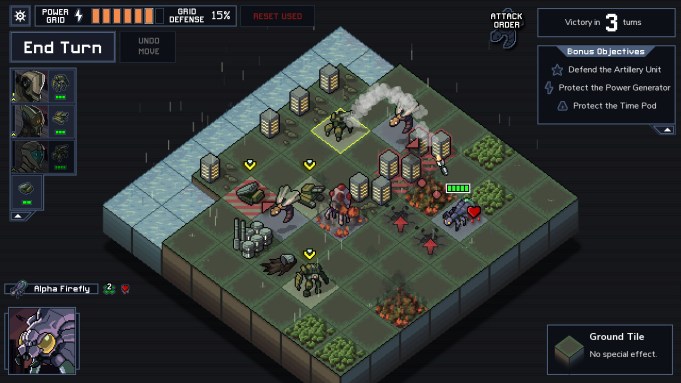 Surprise! Subset Games’ turn-based strategy game “Into the Breach” is available now for the Switch, Nintendo announced on Tuesday during the Nindies Showcase Summer.

“Into the Breach” first launched on PC in February and was well-received by critics. It allows players to pilot powerful mechs to defend humanity against the Vek infestation across a series of randomly generated islands.

Nintendo also gave fans a sneak peek at numerous indie titles coming in the next few months. “Hyper Light Drifter: Special Edition” launches on Switch on Sept. 6 and is available to pre-order today. This version of the critically-acclaimed action-adventure game includes a Switch exclusive outfit that helps players locate hidden items. It also has new weapons like the Crystal Shot and Blade Caster.

Another indie darling heading to Switch next month is Matt Thorson’s “TowerFall.” This port includes all of the original and add-on content, along with a new six-player battle mode, four additional variants, and the ability to play as Madeline and Badeline from the indie platformer “Celeste.” “TowerFall” launches on Sept. 27.

Meanwhile, “Untitled Goose Game” is a sandbox stealth title where the player gets to cause havoc as an adorably mischievous waterfowl. It launches on Switch in early 2019.

Nintendo also announced on Tuesday that it’s starting a Switch news channel devoted to indies. You can subscribe by heading to the “find news” section of the console’s news app.