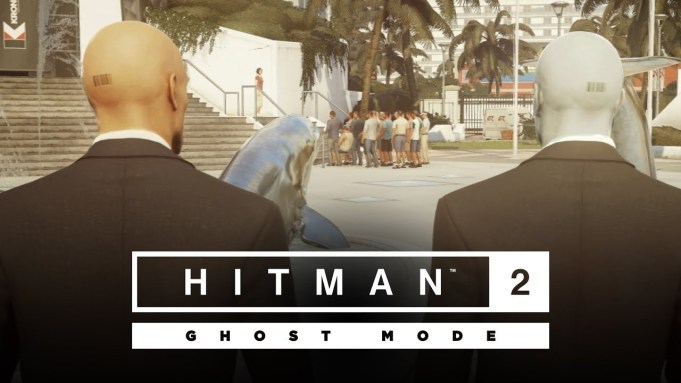 “Hitman 2” is getting a one versus one competitive multiplayer mode, publisher Warner Bros. Interactive Entertainment and developer IO Interactive announced on Friday.

Called Ghost Mode, the feature pits the world’s deadliest assassin, Agent 47, against himself. During a match, the two players compete to see who can assassinate five targets first. Those targets are randomly selected so each duel will be different. The players start off from the same location with no equipment, so they’ll need to scrounge for weapons and grab disguises while on the go. While on the hunt, they’ll see a “ghost” version of their opponent so they can track their progress, but each player exists in separate realities unaffected by the other’s actions. That means one player can cause a dramatic scene and waste time avoiding security while the other is slipping through the same area undetected.

Ghost Mode will be available on the Miami map only when “Hitman 2” launches, but IO Interactive plans to bring it to other maps, including World of Assassination locations, post-launch.

“Hitman 2” comes out on Nov. 13 for PC, PlayStation 4, and Xbox One. It was leaked and subsequently announced, in June when a logo briefly popped up on the Warner Bros. Games website. It’s the 10th title in the “Hitman” franchise, and the first to include a co-operative experience. That mode, Sniper Assassin, allows two players to work together to take down targets. It’s available to play now as a standalone early access game for people who pre-order “Hitman 2.”