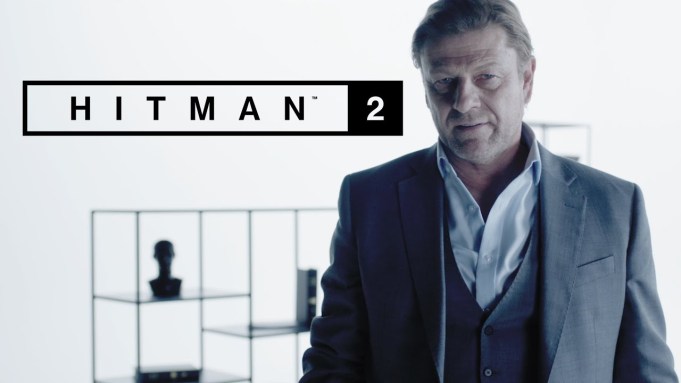 Bean can be seen talking to his psychiatrist in a stark white room as Faba, lamenting on how he knows “all the tricks in the book,” as well as how he could use everyday items like headphones to murder a person. “People don’t notice the small things. That’s the beauty of it,” he remarks, before taking out a gun and eliminating the psychiatrist in a video that’s revealed to be a message to Agent 47.

Faba will be the first target that debuts in the game, debuting on Nov. 20. From then, players will have just 10 days to take him out before he’s gone from the game forever.

Players can vote now on three exclusive weapons to use throughout “Hitman 2,” including a robot flash grenade, concealable garrotte earphones, and a compact explosive pen. Actor Bean makes reference to all three of the as potential ways to eliminate his own target during the promotional clip where he makes his first appearance.

“Hitman 2” releases with physical and digital copies for Xbox One, PlayStation 4, and PC on Nov. 13, 2018. Players who pre-order any edition will receive instant access to the standalone title “Hitman 2: Sniper Assassin,” which offers co-op sniping action to help players get into the stark, stealthy game world ahead of its official debut.