Heads of Nintendo, PlayStation, and Xbox Take the Stage to Open The Game Awards 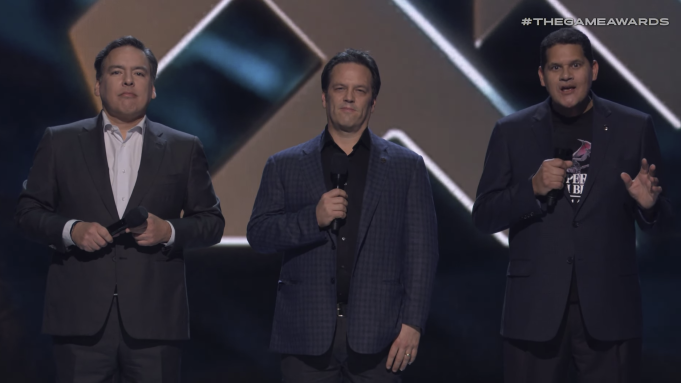 The heads of the three dominating gaming companies took the stage together to open the 2018 Game Awards on Thursday evening.

Reggie Fils-Aimé of Nintendo, Shawn Layden of Sony Interactive Entertainment, and Phil Spencer of Microsoft opened the ceremony after an introduction from the host of the evening, Geoff Keighley.

The moment was an iconic one, as the competing companies’ leaders ceremoniously started the show together— a fitting choice for The Game Awards 2018 with its numerous announcements and world premiere trailers.

The three executives have made headlines in their respective roles repeatedly over the past year, with both Fils-Aime and Spencer making the Variety 500 list this year.

The moment was meant to make a statement, clearly, which was best summed up by Spencer.

“As an industry, we are most powerful when we come together,” Spencer said on stage. “United by our common love for the art form of games.”