Behind the Creation of the ‘Halo’ Arcade Game 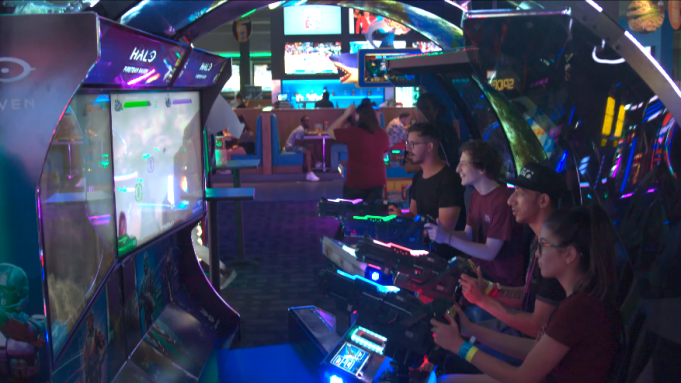 The “Halo: Fireteam Raven” co-op arcade game was first unveiled earlier this year, but now the massive arcade machine created by Raw Thrills and Play Mechanix is expanding its release to locations in Australia, the U.K., and China.

Currently, the game is only available at Dave & Busters locations.

Microsoft released an interesting behind-the-scenes for the arcade shooter during its Gamescom press conference. The video documentary went into the detail of making the mechanics of the massive dual machine, as well as all of the world that went into translating the play mechanics of Halo to an arcade game.

The idea was to take the old LAN experience of couch co-op and play it in an arcade. And of course to pack it into a machine that would capture your eye no matter what surrounds it or how loud it happens to be.

Make sure you check out the over-the-top trailer for the Dave & Buster launch of the machine below. Warning, it’s a bit silly.