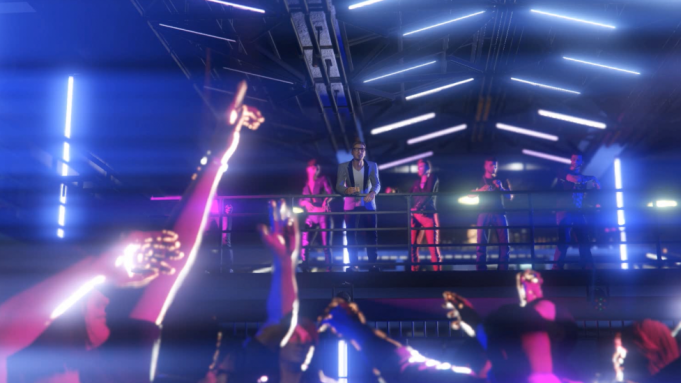 The nightlife in Los Santos is about to get livelier. Rockstar Games announced it’s adding nightclubs to “Grand Theft Auto Online.”

“Thanks to the efforts of one well-known, well-connected and somewhat financially sound impresario the underground dance club scene is about to blow open in July,” Rockstar wrote on its official website on Monday. “World class talent have announced their upcoming residencies in Los Santos and fans will soon be packing out clubs and warehouses across town to lose themselves in sweaty, ecstatic bliss to hear new sets from Solomun, Tale Of Us, Dixon and The Black Madonna while dancing through the night and into the morning.”

Once the update hits in July, “GTA Online” players can get in on the ground level as business partners to open up brand new establishments. They can manage the club’s setup, design, staffing, and promotion. Players’ secure wall safes will fill up faster as their little hotspots grow in popularity. Plus, nightclubs are the perfect cover for any illicit activities.

Rockstar will release more details about the new feature at a later date.

“Grand Theft Auto Online” is the multiplayer component to “Grand Theft Auto V.” It launched in October 2013. Since then, Rockstar Games has released a steady stream of new content, including a new game mode based on the film “The Italian Job,” new vehicles and weapons, and more. “GTA V” has sold over 90 million copies in the last five years and is one of the best-selling games of all time.