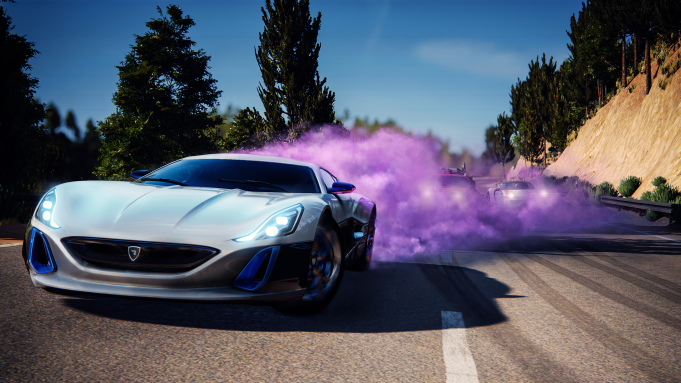 “The Grand Tour Game” put players in the driver’s seat as they go from races to the familiar test track as they take part in filming some of the many show segments that are typically used in the Amazon series. The trailer showcases the seamless transitions without any loading or buffering, taking on the role of Jeremy Clarkson, Richard Hammond, or James May as they put each test car through its paces for the comedic and cinematic review show.

The racer, as previously announced, will release episodically on consoles, bringing a selection of familiar series from the show as well as the same souped-up cars for players to drive. The same wacky challenges the Amazon Prime-exclusive show explores with each episode will be on offer as well as a few “surprises.”

Four-player split-screen support and power-ups will give fans of the previous “Top Gear” humor the hosts brought with them to the show another reason to give “The Grand Tour Game” a try as well. Built with Amazon Lumberyard and Amazon Web Services (AWS), it’s coming to PlayStation 4 and Xbox One with new voiceover lines from Clarkson, Hammond, and May and new content drops each week.