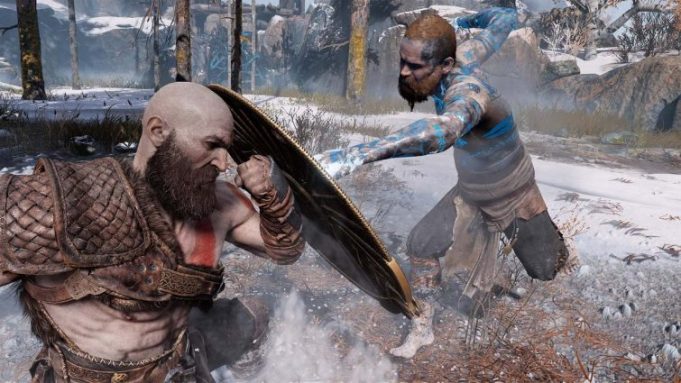 Sony’s 2018 “God of War” reboot was rife with plenty of opportunities to slay some magnificent bosses. One of them (spoiler warning) was “The Stranger,” otherwise known to players as Baldur.

It was an intriguing way to open the game, especially without any real way of knowing who the character was at the beginning, and after trying some other unique boss encounters in previous “God of War” entries, the Santa Monica Studio team wanted to try something different. Senior Staff Combat Designer Denny Yeh took to the official PlayStation Blog to run down some of the design decisions behind bringing Baldur to life as a larger-than-life enemy encounter.

“When it was decided that the opening boss fight of the game was going to be against a smaller humanoid that was only about as tall as Kratos’ shoulder, we knew we were in for a big challenge,” said Yeh, before explaining how the team set about working on making a fight with Baldur feel just as epic as the enormous bosses from the older “God of War” games.

An important part of the team’s strategy was to zoom the camera in closer than what would typically be necessary, which added some “impact” to each blow traded between the god. Animator Fabian Johnson helped to add in breakable objects into the mix and helped fold in “godly reactions” from both characters, while asking questions such as how large the fighting arena would be, and so on.

The team ultimately decided that much of the fight would be a lot more fun when playing with a smaller enemy, as it felt more “satisfying.” As a result, Baldur was made to fly through the air in reaction to Kratos’s powerful punches and other devastating blows. The team developed design documents that utilized several of these ideas, and put together skeletons of each phase of the fight, which resulted in a “fight introduction” that you can see in the above video.

The fight was broken down into three phases: The introduction and the transition phase, and then where Spartan Rage is introduced. Kratos must go on the defensive as Baldur finds his swagger. The final phase finds Baldur unleashing a torrent of his most powerful attacks, such as combos, a ground shockwave, and guards that keep Kratos on his toes.

The process that went into bringing this fight to live is intriguing, and one that obviously took a lot of work to bring together. You can see it all in “God of War,” a PlayStation 4 exclusive, and the rest of the behind-the-scenes look at the PlayStation Blog here.