‘Generation Zero’ Announced From Creators of ‘Just Cause,’ ‘Mad Max’ 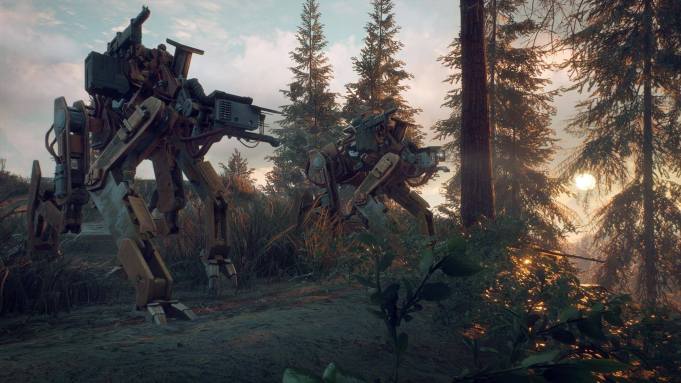 “Generation Zero” is a newly announced open-world action game from Avalanche Studios, developer of “Mad Max” and “Just Cause 3.”

The game was unveiled with a teaser trailer which sets the tone of the upcoming title, with music that gives off the vibe that the players will have a lot coming at them in this game. “Generation Zero,” currently set for release in 2019 on PC, PlayStation 4 and Xbox One, takes place in a reimagining of 1980s Sweden, except for the murderous mechs — that’s new.

The mechs are described on the official website as “persistently simulated,” meaning that the AI behavior is complex and enemies will be relentless in finding the player. The good news is that if players manage to damage certain components of enemy armor or weapons, that’s not going away. The next encounter, those scars will remain even if it’s weeks later.

Players can go it alone or cooperatively play with up to four in their party. Strategizing is key, and guerilla tactics encouraged to “lure, cripple, or destroy enemies in intense, creative sandbox skirmishes.”

The sandbox world of “Generation Zero” is a vast one created using the Apex engine, with day and night cycles and changing weather that the player won’t be able to predict. It’s unclear just yet if or how these will factor into gameplay, but it should make for a more tangible world and will hopefully have to be considered while coming up with a strategy.

This will be Avalanche’s first self-published game, which game director Emil Kraftling notes gives their team to call all the shots, but also take all of the risks of creating an action game set in rural Sweden rather than following current gaming trends.

Ultimately, the studio’s goal is to create a game which offers players the freedom to approach in-game situations with whatever tactics they can think up.

“There is no right way, only your way, and our goal is for no two fights to play out the same,” Kraftling’s statement reads. “Anything can alter how things play out, whether it is the obvious like your weapons or the type of enemies, or the more subtle factors like time of day, environmental opportunities, weather or specific skills.”

Be sure to check out the trailer, and keep an eye out for more news about “Generation Zero” during the upcoming E3, as Avalanche noted they will be revealing more artwork and gameplay soon.