‘Gears of War’ Is Coming to Mobile as ‘Gears Pop’ 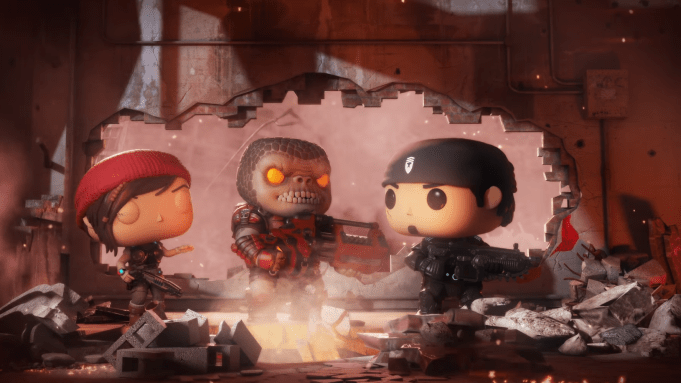 “Gears of War” will be coming to mobile under the title “Gears Pop,” Microsoft announced at its E3 showcase Sunday.

The game will feature character designs based off of the collectible Funko figurines of the characters. Cute, giant-headed versions of Marcus Fenix, Kait Diaz and more “Gears of War” characters will be in the upcoming mobile game.

The trailer serves as a teaser for “Gears Pop,” but shows no actual gameplay.

While admittedly adorable, the news of “Gears Pop” was very much over-shadowed by the announcement of the highly anticipated “Gears of War 5” and “Gears of Wars: Tactics” for PC.

It’s clear that The Coalition, the developer behind the series, is switching things up in the franchise by announcing three very different titles in one presser. Studio head Rod Fergusson talked about the evolution of the “Gears of War” franchise at the event.

“Thirteen years ago when I began my ‘Gears of War’ journey, we had no idea how big this franchise would become,” Fergusson said. “And as it’s grown, we’ve dreamed of taking it to new places in different ways to reach even more fans.”

“Gears Pop” is coming to Android and iPhone sometime in 2019.

The announcement took place at the Microsoft Theater in Los Angeles on Sunday, as a part of Xbox’s E3 2018 briefing. Microsoft showed off 50 games at the event, with 18 exclusive titles and 15 titles receiving their worldwide debut.