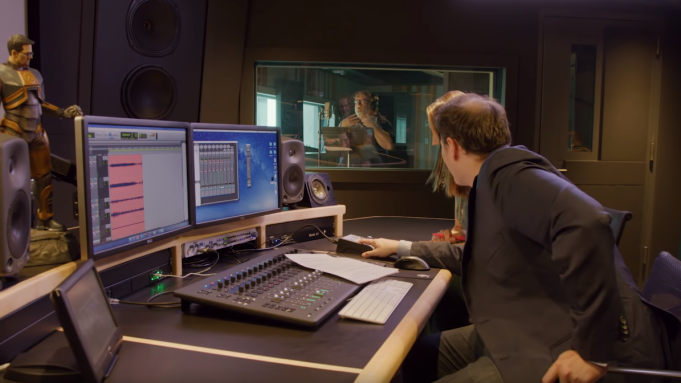 Like a gamer Groundhog’s Day, once a year during the “Dota2” International tournament Gabe Newell emerges from the shadows of Valve Software to see if he can say the number three or drop news about a new game the legendary software company is working on.

Earlier this week, the founder of Valve announced that the company’s digital collectible card game “Artifact” would soon be going into beta. But Wednesday he showed he still struggles with the number three, only being able to utter “more than two, but less than four” when asked.

The video, above, features Newell delivering dry-as-toast, but still delightful audio for what one can only hope is a real “Mega-Kills” voice pack really coming to Valve’s “Dota2.” Who wouldn’t want to hear Gaben say, “Hello, I’m Gabe Newell, you’ve just achieved first blood. Thanks and have fun” or the classic “Hello, this is Gabe Newell. Thanks for playing Dota2. Double kill.” Things get dicey when Newell is asked to say the triple kill line. Turns out that “Half-Life 3” isn’t the only third he can’t talk about.