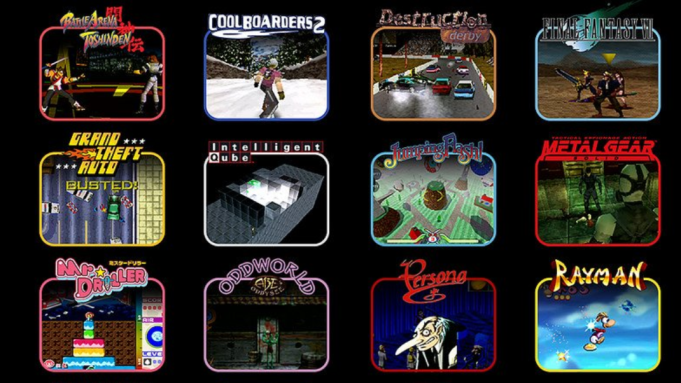 The full list of 20 PlayStation titles coming to the upcoming PlayStation Classic includes “Metal Gear Solid” and “Grand Theft Auto,” among others announced via the PlayStation Blog on Monday.

The adorable PlayStation Classic mini console, announced in September, is coming out on Dec. 3, the 25-year anniversary of the original PlayStation’s release in Japan.

Last month, we were told the console would include “Final Fantasy VII,” “Jumping Flash,” “Ridge Racer Type 4,” “Tekken 3,” and “Wild Arms” with the promise of the full lineup of titles to come later.

Turns out, later is now, and the full list includes classics like “Twisted Metal” and “Rayman” for PlayStation fans to enjoy.

The PlayStation Classic will be $100 and will include two controllers and all of the following titles, pre-loaded and ready to play:

Pre-order is available through select retailers now, and (almost) everything you need will be in the box, including “virtual memory cards” to save your game data. Oddly enough, an AC adaptor is not included.  The website states: “A compatible USB AC adaptor (not included) is required to use this console. Use an AC adaptor that supports 5 V, 1.0 A USB (Type A) output.”