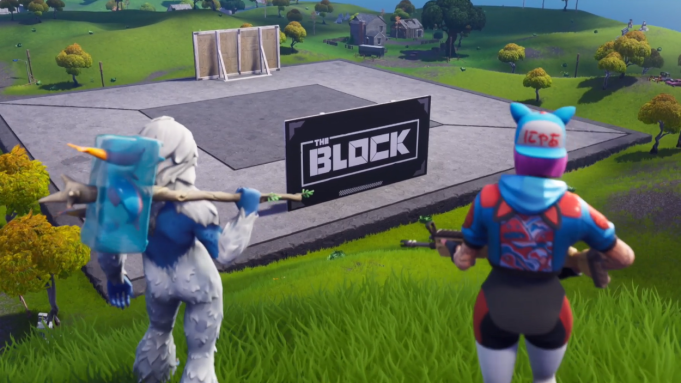 Epic Games’ battle royale title “Fortnite” just launched its seventh season, ushering in new cosmetics, areas, and more. One of the biggest additions is an all-new Creative Mode where players can build to their hearts content. Epic plans to highlight some of the community’s creations in a new feature called The Block, it announced during The Game Awards on Thursday.

The Block is a spot on the island where Epic will show off the coolest community creations, “Fortnite” creative director Donald Mustard said on stage. The community will get to pick what’s displayed together, he said. “There’s going to be new stuff coming there all the time, and we think this is going to be an incredible way for us to all continue to build this game together.”

Epic revealed the Creative Mode earlier this week. It’s available now for people who purchase a Battle Pass. Everyone else will get access to the new feature on Dec. 13.

The big Season 7 update also added a new winter theme with all-new locations, ziplines, a X-4 Stormwing Plane, wrapping paper cosmetics for weapons and vehicles, and a new chapter in the Save the World story campaign.