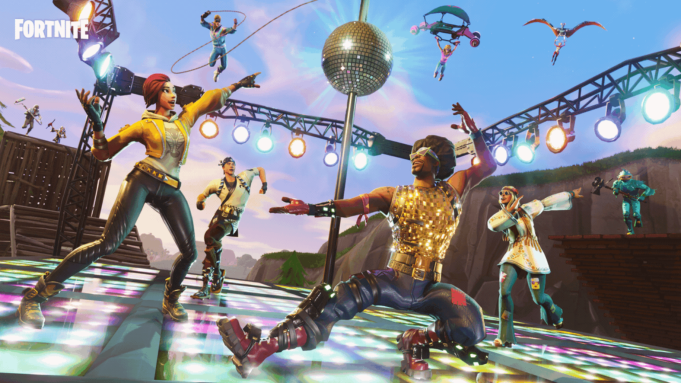 Disco Domination is the Limited Time Mode, which players can enjoy in the game’s Battle Royale portion. “Break out your best moves and take control the dance floor in this new Limited Time Mode,” says Epic of the funky new twist on King of the Hill. There will be two teams of fifty players, which means plenty of participation is guaranteed. Five dance floors will spring up on the map when the storm is not actively moving.

Players must bust out an emote when no enemies are around to raise a disco ball, then capture it for their team. Additional players mean faster capturing rates. When the floor is captured, it will fill the team’s “dance bar” until an enemy comes to break up the party or the storm begins moving. When a team fills its dance bar, they’ll be pronounced victorious.

Save the World mode enthusiasts will get a new weapon in the form of the Quad Rocket Launcher. It can fire four rockets rapidly, one after the other, and can be found as both Epic and Legendary variants in chests, Vending Machines, and Supply Drops.

The patch also includes a selection of various bug fixes and a listing of performance issues that have since been resolved. “Fortnite” is currently in the middle of Season 6, which just introduced a series of new skins as well as pets for the first time.