‘Fortnite’s’ Meteors Are Exploding Into the Ground (and Sometimes Players) 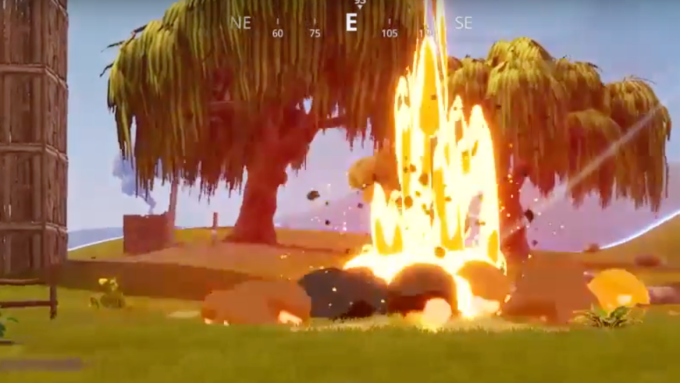 After months of speculation, “Fortnite’s” Season 3 is close to wrapping up and the tiny star in the distant sky has grown to become a massive comet. In recent weeks, the occasional meteor shower started dusting the sky as gamers played matches. Thursday, meteors began streaking from the sky and smashing into the ground all over the map during play sessions.

The meteor strikes come as Epic Games teases the start of Season 4 with an image of a comet’s tale and what appears to be a superhero of some sort. While it’s not entirely clear how the season is going to wrap up, it seems likely it will be with a bang. Season 4 kicks off on May 1 and perhaps players will have a meteor-pocked landscape to play on, or maybe entire areas — like some believe — will be completely wiped from the map.

The imaginative ending to Season 3 comes as “Fortnite” continues to rake in the cash and break records. Check out the video above, captured by a player and uploaded to Youtube, showing the detail Epic put into the meteor as it approaches the ground, slowly growing larger, blowing out rings of flame and finally smashing into the earth in a dark cloud. The video below shows another capture, this time of a meteor seemingly hitting a player, but not causing any health damage.

Make sure to check out our guide to the final week of this season, for how to grab all of the experience and goodies from the Week 10 challenges before it wraps up.