Check Out This ‘Fortnite’ Laser Tag Experience in the U.K. 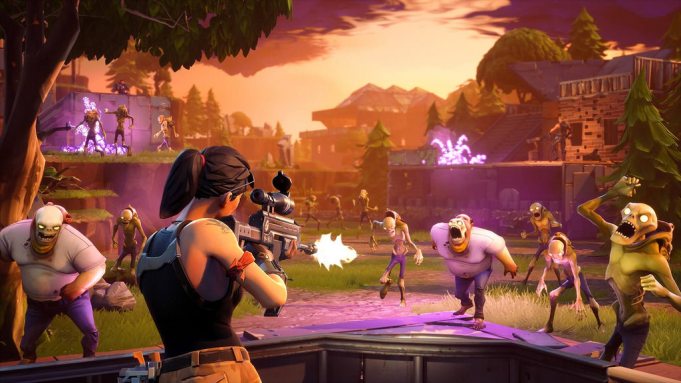 Kids in the United Kingdom can compete in a real-life “Fortnite” match thanks to Battle Royale, an outdoor laser tag experience in Leicestershire.

The Battle Royale course is set on six acres and features three large “Fortnite”-themed areas. Familiar locations from the game like Tilted Towers, Greasy Grove, and Pleasant Park are represented. There are plenty of little forts and shipping containers to hide in. Of course, there are a couple of llamas and disco balls as well.

After a quick safety briefing, participants get 45 minutes of game time. Just like in “Fortnite,” they can play in solos, duos, or squads. Children as young as six can play, but Battle Royale says anyone nine years old and under should be supervised by a parent or guardian.

Tickets are still available through July and August and can be purchased through the official website. They cost between £12.50-17.50.

“Fortnite” is a gaming and pop culture phenomenon with over 125 million players. It’s currently available on PC, consoles, and iOS. An Android version is coming soon, possibly as a 30-day exclusive on Samsung’s Galaxy Note 9, according to 9to5Google and XDA Developers. Samsung will officially reveal its new flagship smartphone on Aug. 9.

The game is also currently celebrating its first birthday with a number of in-game challenges and anniversary-themed cosmetics. Its single-player Save the World campaign has a special birthday questline as well. The birthday festivities end on Aug. 7.

“Fortnite’s” massive popularity has helped turn creator Epic Games into a company worth $5-8 billion, according to the Bloomberg Billionaires Index.