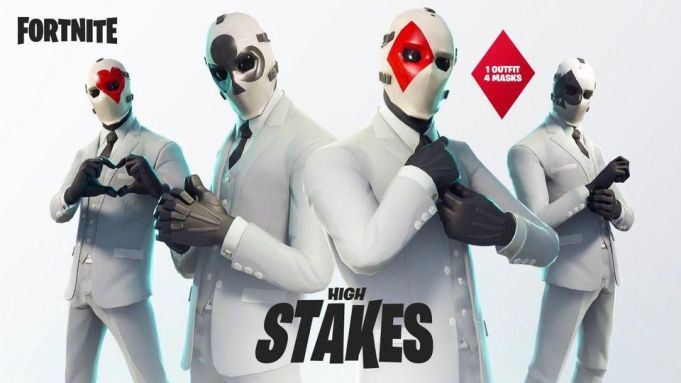 The mode is finally available now after Epic Games postponed the event following a “critical controller issue.” Now there’s a new trailer running down what to expect as well as the opportunity to jump right in and play

“Getaway” finds players competing in squads as they work to control four safes found around the map. There’s a jewel hidden in each safe that needs to be moved to a van elsewhere on the map. All the while, the other team will be working against players to complete the same objectives.

The first four teams to successfully extract the gem and get it to the van will be crowned the winner, meaning there are multiple in this mode. It’s a lot different than the standard Battle Royale victory terms, and offers an intriguing twist on typical gameplay.

The new Wild Card skin will be available as well, which include a white suit, steel briefcase back bling, and black gloves. It’s customizable, with a series of different masks with varying card suits on them. It can be purchased to make your “Getaway” experience feel a bit more authentic, but it’s not required by any means.

There’s more – “High Stakes” will include challenges to unlock free rewards, which include a glider, contrail, pickaxe, and special spray that go along with the heist-themed aesthetic. The event is going on now, though there’s no current end date out just yet. It’s best to jump on this one as soon as possible.