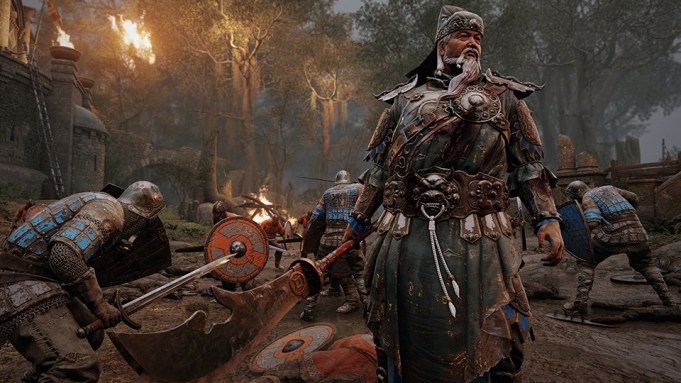 The latest “For Honor: Marching Fire” trailer showcases some of what fans have to look forward to in the latest DLC, which is available across all platforms now.

Footage of the new DLC is intercut with Fleurie’s “Soldier,” with glimpses of the new fact from China, the Wu Lin. Four new heroes from the Wu Lin are added to the current roster, which includes 18 heroes at present. The Tiandi, Nuxia, Shaolin, and Jiang Jun have their own backstories to unravel, rather than representing archetypes like may of the game’s previous generic “warrior” archetypes.

The new characters will be available initially as a paid bundle, but later on, according to Ubisoft, they’ll be up for grabs and able to be purchased via Steel, the “For Honor” in-game currency following a brief exclusivity period.

The expansion also includes a new 4v4 multiplayer mode called Breach, which has players competing against each other in a castle siege, as well as Arcade mode, where players can tackle battles and earn rewards while flying solo or in co-op with an additional warrior to level up warriors before competing in PvP modes. It features “infinite replayability,” according to Ubisoft, and it will deliver weekly events and challenges with exclusive rewards beginning in November. Those who own Arcade mode can play with others even if they don’t own the paid content.

“For Honor” is available on Xbox One, PlayStation 4, and PC now.