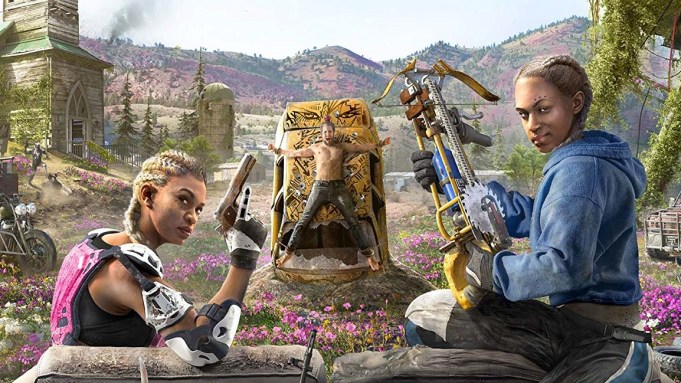 Ubisoft unveiled the latest entry to the “Far Cry” series at The Game Awards on Thursday.

The box art for “Far Cry: New Dawn” leaked earlier in the day and, as expected, it’s a standalone sequel to “Far Cry 5.” It’s set in a post-apocalyptic Hope County, Mont., 17 years after a global nuclear catastrophe.

“Life has begun to emerge from the chaos, but the survivors now face a new threat — the merciless Highwaymen and their leaders The Twins, Mickey and Lou,” Ubisoft’s official description states. “Raised in a lawless frontier, the twin sisters and their band of scavengers live only for today and have descended upon Hope County to take all available resources. To push back this devastating threat, players must help the Survivors grow stronger, craft a makeshift arsenal and form unexpected alliances to fight for survival in a dangerous new frontier.”

The town of Prosperity from “Far Cry 5” is now called the Homebase, and it’s where players can craft weapons and vehicles, train guns for hire, and more. It’s also where they can launch Expeditions. These missions drop players into unique locations where they must grab a package of valuable materials and get out fast. And, for the first time, those locations won’t be local.