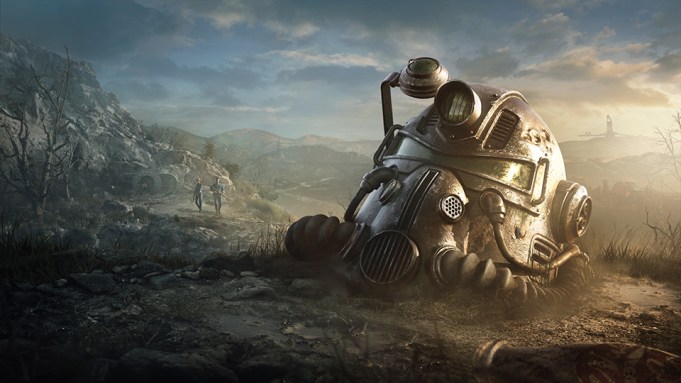 “Multiplayer finally comes to the epic open-world RPGs of Bethesda Game Studios,” the developer said in a news release. “Create your character with the S.P.E.C.I.A.L. system and forge your own path in a new and untamed wasteland with hundreds of locations. Whether you journey alone or with friends, a new and unique Fallout adventure awaits.”

The game takes place in the post-atomic ruins of West Virginia.

“Go it alone or with fellow survivors to unlock access to the ultimate weapon — Nuclear Missiles,” Bethesda’s post teases. “This destruction also creates a high-level zone with rare and valuable resources. Do you protect or unleash the power of the atom? The choice is yours.”

“Fallout 76” will have an early beta test this year; the game launches on Nov. 14. A collectible Power Armor Edition of the game has also been announced.