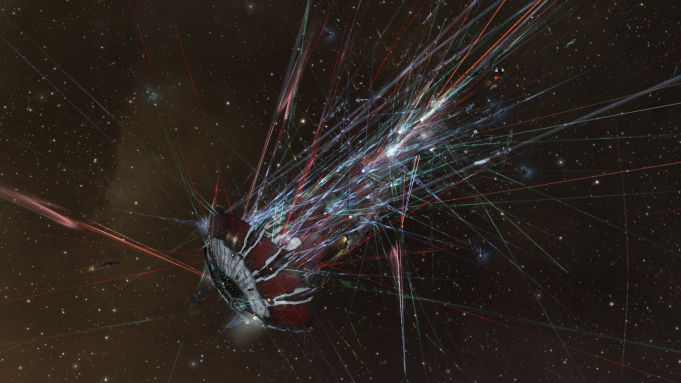 “EVE Online” developer CCP Games is launching the EVE World Tour in 2019, it announced on Thursday. The year-long event includes a series of conventions across numerous cities and venues worldwide.

“We’ve been asking you to come and visit us in Iceland for years now, so it’s time we go and visit you,” said Sveinn Jóhannesson Kjarval, senior community development lead at CCP Games. “As promised at Fanfest 2018 and EVE Vegas 2018, we’re turning our Fanfest efforts up to eleven by packing our backpacks full of exciting updates, keynotes, exclusive content, PvP tournaments, with a sprinkle of Permaband and taking all of this (and more) closer to our community. So close, that with Fanfest Home, we’re actually going to hold a Fanfest at the home of one of our players.”

The EVE World Tour kicks off with a keynote presentation and a “unique look” at the “EVE Online” universe. Players will make an impact in various ways, CCP said, and they can expect a party worthy of Amsterdam’s nightlife afterwards.

Russia is apparently home to one of “EVE Online’s” most passionate fan bases. EVE St.Petersburg will bring players from around the region together for a day of merriment, amazing developer-led sessions, and exclusive content, according to CCP.

This Sydney-based event will include developer-led sessions, exclusive presentations and Q&As, as well as a player vs. player tournament.

Fanfest HOME will be a personal, home-sized version of Fanfest in a player’s living room, CCP said.

EVE Vegas has been the official tentpole event for “EVE” fans in Sin City for years, according to CCP. Over one thousand players come to Las Vegas for a few days every year to discuss important spaceship business and party. “It breaks attendance records every time and in 2019 it aims to be bigger and crazier than ever,” CCP said.

Held at the world-famous O2 Arena, EVE London “brings the classic pub-meet of legend into 2019 and puts it into overdrive.” Attendees can expect a performance by Permaband and a huge party capping off the World Tour.

CCP will announce ticket sales on Jan. 15, along with more details about each event. Anyone who can’t attend can still watch all of the festivities online at Streamfleet.