‘Echo Combat’ Has a New Trailer Ahead of Thursday Launch 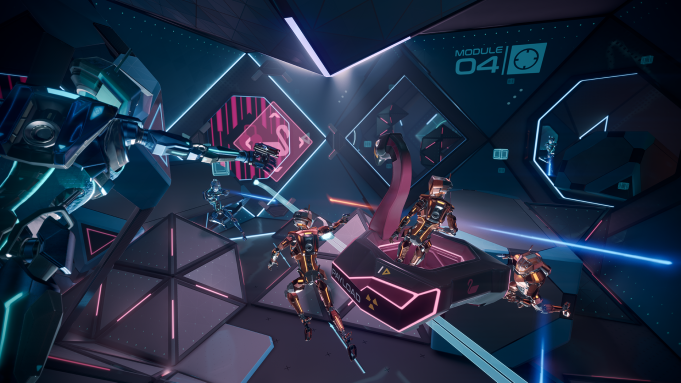 “Echo Combat” is coming Thursday and has a new launch trailer to help VR fans get excited for the release, courtesy of Ready at Dawn.

Players can experience space combat by playing as a military robot in this team-based competitive game.

The VR game is in a relatively new category of games, called zero-g (for zero-gravity) shooters. The dynamic of zero-g appears to add a refreshing twist to the FPS genre, of which there are already so many games.

Players got their first taste during the open beta for “Echo Combat” this past summer, and Ready at Dawn has new features coming to the launch day release, including a new map, Dyson, “a large open-space control point with drop ships,” according to a press release.

There’s a few new combat options as well, from the Meteor, which is similar to a rocket launcher, to the “grenade-like device” called Instant Repair, that heals rather than hurts, including the player who launches it.

After playtesting, the default multiplayer game size has been adjusted to four vs four, rather than three-on-three.

“You’ll gain experience by competing in public matches, gaining character levels, bragging rights, and access to a suite of new customization options, like decals, emotes, and patterns,” the press release stated. “Plus, once you’ve unlocked something in ‘Echo Combat,’ it’s also available in ‘Echo Arena’; you can even review combat stats for both games at once, using your arm computer.”

Developer Ready at Dawn previously released “Lone Echo” and “Echo Arena,” which were both zero gravity games set in the same universe as this new title. “Lone Echo” was a narrative-focused adventure title, while “Echo Arena” was an esports-inspired expansion with competitive multiplayer that was kind of like a virtual version of ultimate frisbee.