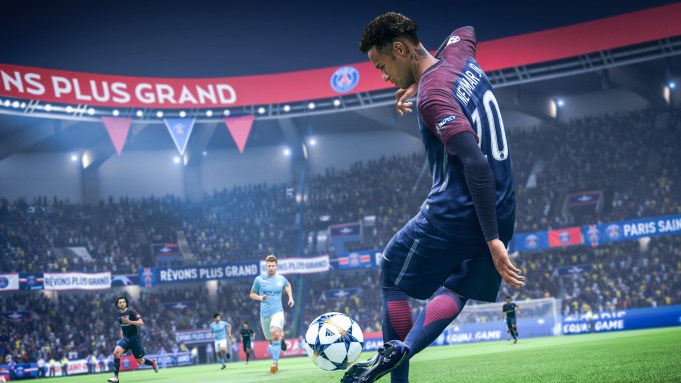 “FIFA 19” is coming on September 28, publisher EA confirmed today. Every mode in the new game will be centered around the prestigious UEFA Champions League.

“FIFA 19 for the PlayStation 4, Xbox One, PC, and Nintendo Switch is infused with the UEFA Champions League,” the EA Sports website says, “thanks to official match presentation, a variety of tournament experiences that includes the Europa League and Super Cup, and an all-new commentary team in Derek Rae and Lee Dixon.”

Players who pre-order the Ultimate and Champions Editions of the game will be granted early access three days ahead of the September 28 launch.

To celebrate the announcement of “FIFA 19,” the previous entry is also getting a limited-time free trial of the entire game for PC, Xbox, and PlayStation 4. “FIFA 18” recently received a free DLC update centered around the World Cup.

Electronic Arts held its annual EA Play press conference Saturday at 11 a.m. PT. The briefing kicked off a three-day pre-E3 event, which is scheduled for June 9–11. EA Play is being held at the Hollywood Palladium in Los Angeles; you can watch the live broadcast here.

Among the other games being shown are BioWare’s “Anthem” and the recently announced “Battlefield V.”