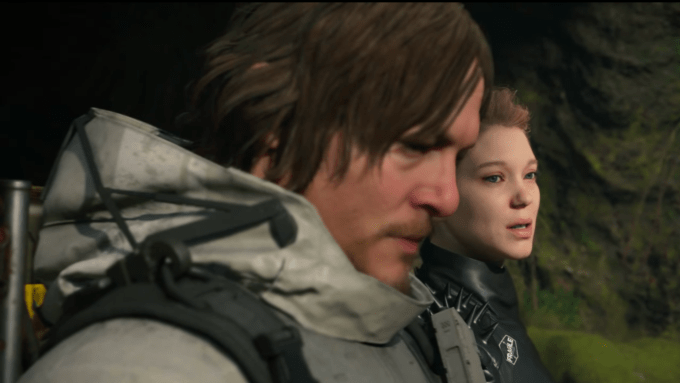 Past trailers have centered on The Walking Dead’s Norman Reedus, but Seydoux’s character was featured extensively throughout the latest trailer. Mads Mikkelsen and Lindsay Wagner also appear.

“Death Stranding” is the highly anticipated sci-fi game from Hideo Kojima, the creator behind the “Metal Gear” series. Each trailer released for the upcoming title appears more bizarre — and intriguing — than the last.

Since the first trailer was shown at E3 2016, fans of Kojima have questioned what exactly “Death Stranding” is about. After the E3 2018 trailer, there are likely even more questions.

The trailer opens with a fetus giggling and rolling around, and only gets weirder from there.

Bits of gameplay are interspersed throughout the trailer, showing Reedus’s character, Sam, navigating tricky terrain and nightmarish scenarios as he seemingly aims to deliver the fetus somewhere. An off-screen character references that Sam will “come back” even if he fails, which is in line with what Kojima revealed earlier about death not meaning game over.

Invisible monsters approach, and Sam and Seydoux’s characters hold their breath to avoid detection, hinting that stealth is a key factor of “Death Stranding.”

The scenes jump from one situation and location to the next which make it difficult to put each scene into context. Even so, this is a trailer you should definitely watch, because it really defies explanation.

We still don’t quite get what “Death Stranding” is exactly and there’s still no release date, but this year’s extended look at the title has us more than a little intrigued.