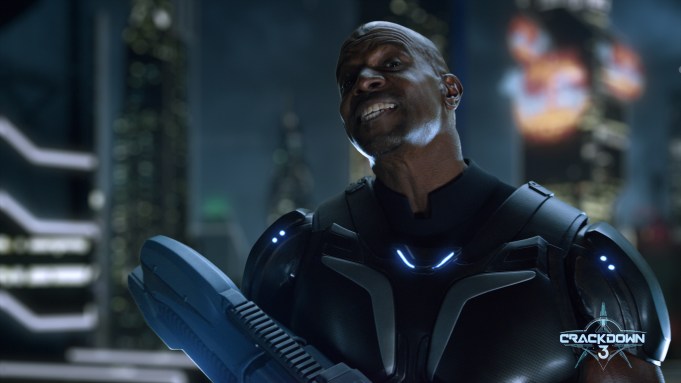 Microsoft showed off more of the recently delayed Xbox exclusive “Crackdown 3” on Sunday.

In the latest “Crackdown” title, “players will stop crime as a super-powered Agent in a sandbox of mayhem and destruction,” Microsoft said in an Xbox Wire release. Developed by Microsoft Studios in collaboration with Sumo Digital and Elbow Rocket, ‘Crackdown 3’ delivers cooperative mayhem, signature antics, explosive gameplay and an all-new multiplayer mode, Wrecking Zone, where destruction is your ultimate weapon powered by Microsoft Cloud.”

In an earlier statement, Microsoft said, “Our fans’ response to the signature antics and explosive gameplay of ‘Crackdown 3’ has been incredible. To ensure we deliver the experience they deserve, ‘Crackdown 3’ will be launching in Feb. 2019. We look forward to sharing more on [the game] this Sunday during the Xbox E3 2018 briefing.”

“Crackdown 3” is scheduled for a February 2019 release on Xbox One and PC. The game will be available as part of the subscription-based Xbox Game Pass service at launch.