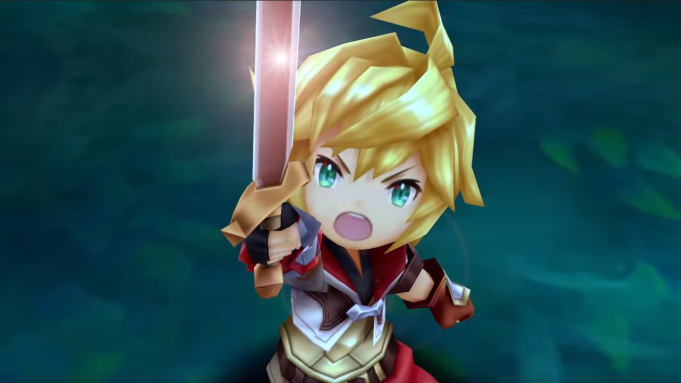 Nintendo revealed new details about its upcoming mobile role-playing game “Dragalia Lost” in a livestream on Wednesday night. Co-developed by “Granblue Fantasy” studio Cygames, it comes out on iOS and Android on Sept. 27 in the U.S., Japan, Hong Kong, Taiwan, and Macau.

“Dragalia Lost” takes place in a fantasy world where humans and dragons co-exist. Gamers play the seventh prince of a royal house on a quest to save the realm. You can form a party of up to four adventurers and directly control them by sliding your finger along the screen. Tapping and swiping launches attacks and dodges, respectively. There are more than 60 characters to choose from, and you can switch between them during combat.

There are four ways to strengthen characters in “Dragalia Lost” — Level, Weapons, Mana Circle, and The Halidom. Players won’t have to merely grind for experience points, Nintendo said. Equipping stronger weapons will both give you a boost and change your weapon style. The Mana Circle is “Dragalia Lost’s” skill tree, where you can spend resources to increase stats or gain new abilities. The Halidom, meanwhile, is where you can build structures to earn gold and boost abilities.

Just like Nintendo’s tactical RPG “Fire Emblem Heroes,” “Dragalia Lost” has a summoning component where you can earn new characters, dragons, and wyrmprints. Each character has a star ranking from one to five. That ranking can be increased with an in-game currency called Eldwater. Wyrmprints are like talismans that can be leveled up and used to enhance a character.

Of course, you’ll need two additional currencies to perform a summon — Wyrmite (gained from login bonuses, events, and more) and Diamantium (gained by purchasing in-game). Diamantium is offered at a number of different tiers. A stack of 48 costs $0.99, for example, while 980 costs $20.

Finally, “Dragalia Lost” has a multiplayer component. Up to four players can team up to tackle monsters together. All quests are playable in multiplayer mode, and Nintendo said it plans to do co-op events in the future.