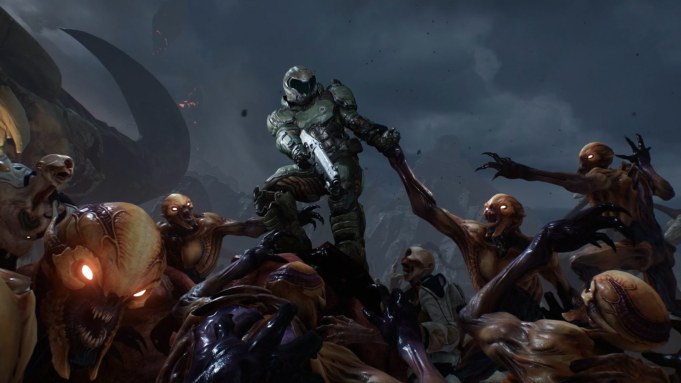 “For the past two years, it’s been so inspiring to hear you talk about what you’d like to see next — and I gotta tell you, we’re right there with you,” said creative director Hugo Martin during Bethesda’s E3 presser. “You want the Doom Slayer to feel even more powerful? We’ve got it. You want even more badass demons? There are twice as many in this game. You want to see Hell on Earth? We just teased it. But what we’re most excited about is showing you some of the things that you might not be expecting.”

More of “Doom Eternal” will be shown on Aug. 10 during the annual QuakeCon in Dallas.

The Electronic Entertainment Expo kicked off Sunday with the Xbox E3 2018 Briefing at 1 p.m. PT; you can watch the broadcast live here. The presser was held at the Microsoft Theater across the street from the main event area. This year’s E3 takes place this week, from June 12 to June 14, at the Los Angeles Convention Center. Twitch’s official coverage of the event began in earnest Sunday afternoon.