‘Diablo’ Is Coming to Mobile 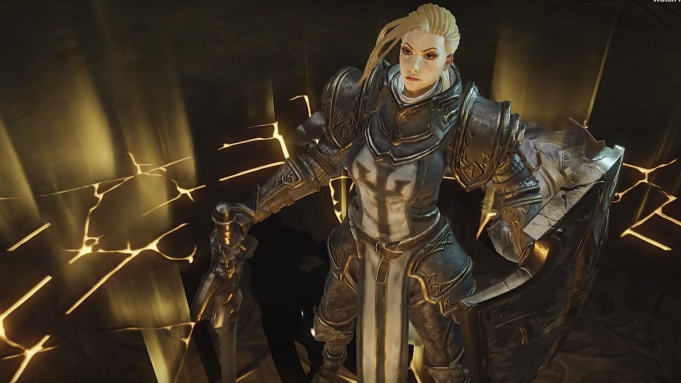 “Diablo Immortal” will pick up five years after the obliteration of the ultra-powerful worldstone, which has the power to create new worlds.

“We love ‘Diablo’,” Cheng said in the lead-up to the announcement. “We love the way ‘Diablo’ has brought millions of players around the world together to slay demons.”

Cheng notes that this new entry in the “Diablo” universe will be a “full-fledged action RPG.”

Cheng explained the intent behind bringing Blizzard’s next installment to the iconic series to mobile.

“Our modern world is an increasingly connected one,” Cheng said. “Our mobile devices keep us closer than ever to our friends, family, and loved ones— so we knew we want to use mobile devices as the platform for a new ‘Diablo’ game, because nothing brings a family together like slaying demons!”

Cheng further stated that “beloved characters” will be getting new stories.

Blizzard is partnering with Netease for “Diablo Immortal.” The gameplay trailer teases the six hero classes present in the game, and shows off the non-stop action players can anticipate upon release.

For BlizzCon 2018 attendees, a demo version is playable on the showfloor. For everyone else, pre-register on the official “Diablo Immortal” site for more info and for “a chance to participate in future beta tests, earn exclusive in-game rewards as well as receive news and updates.”