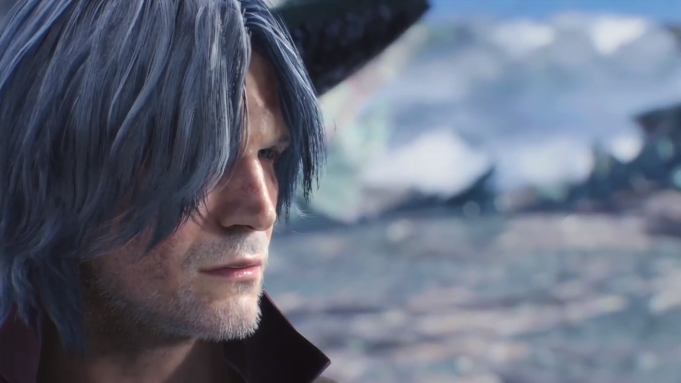 Capcom debuted a new trailer during a special episode of Inside Xbox Tuesday. It shows off more of Nero’s moves and even includes a few more seconds of grizzled Dante and his motorcycle. After the trailer, Capcom spent a few minutes talking about Nero’s new mechanic, the Devil Breakers. Crafted by Nero’s partner, Nico, there are eight standard Devil Breakers in-game and they allow Nero to do moves “Devil May Cry” fans haven’t seen before.

The first one, the Overture Devil Breaker, looks like a plain, inconspicuous arm, but there’s a hidden electric generator inside strong enough to shock demons that get too close. The Gerbera Devil Breaker, meanwhile, generates intense heat and can fire a powerful shockwave, reflect enemy projectiles, or propel Nero through the air.

Capcom revealed it’s working on a new entry to the venerable action franchise during E3 in June. “Devil May Cry 5” will be a much different game than the last offering, Ninja Theory’s 2013 “DmC: Devil May Cry,” Capcom producer Matt Walker said in a recent interview with VG247. “DMC 5” is a “game for the fans,” he said, although that’s not a slight against Ninja Theory. This new game will expand on the combat of the first four entries in the franchise with each of the game’s three demon hunters getting a radically different play style.

The “Devil May Cry” series has sold 16 million units over its lifespan, but it’s been 10 years since fans got to stomp demon faces in “Devil May Cry 4.” Ninja Theory’s reboot was well-received by critics and reportedly sold well in Japan, yet failed to catch on with the Western gaming audience. Capcom was forced to reduce its sales target by 800,000. Afterwards, many wondered if the game’s poor reception had doomed the beloved franchise.