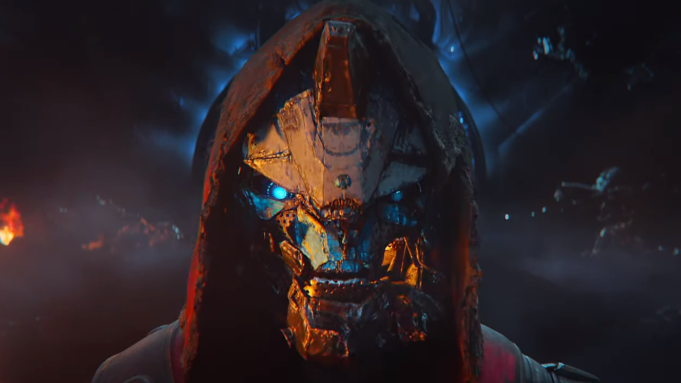 Pour one out for poor Cayde-6. “Destiny 2” fans have known for months that developer Bungie is killing off the fan-favorite character in the upcoming Forsaken expansion. Now, they can watch the gunslinger’s final battle in a new cinematic trailer unveiled during Gamescom on Thursday.

When some of the “Destiny” universe’s most notorious outlaws escape from the Prison of Elders, only the wisecracking hunter Cayde-6 is there to protect the city. He puts up a brave fight, even killing a creature with his horn (?) at one point. But, he ultimately fails. Voiced by actor Nathan Fillion in the first two games (Nolan North is apparently taking over for Forsaken), Cayde-6 brought some much-needed levity to “Destiny’s” usually self-serious tone.

Additionally, Bungie and publisher Activision announced Thursday they’re offering a free trial of Forsaken’s new Gambit mode for all “Destiny 2” owners. Gambit is a hybrid 4v4 mode that merges player-vs.-player and player-vs.-environment mechanics. The free trial is available from Sept. 1 at 10 a.m. PT until Sept. 2 at 10 a.m. PT on PC, PlayStation 4, and Xbox. The PC version is available exclusively via Blizzard’s Battle.net launcher, Activision said.

The Forsaken expansion launches on Sept. 4. Many details about it leaked online last week thanks to a Reddit user named Ginsor, who’s known for digging up credible datamined information in the past. Among the leaks were the names of four new strikes — Warden of Nothing, The Hollowed Lair, The Corrupted, and The Broodhold. There’s also info on the Gambit mode’s ranking system, called Infamy. Like “Destiny’s” PvP Crucible, it allows players to unlock gear and cosmetics while increasing rank. None of the leaks are confirmed, however, so take them with a grain of salt.