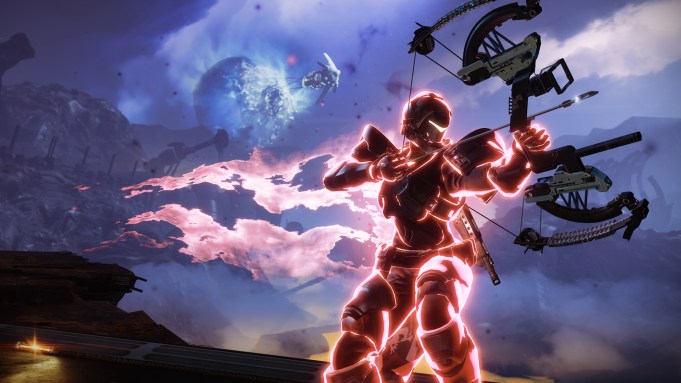 “Destiny 2: Forsaken” is holding another free trial period with access to its new Gambit game mode.

The trial, which will be available to all “Destiny 2” players, will begin Friday, Sep. 21 at 10 AM PDT through Sunday, Sep. 23 at 10 AM PDT. The hybrid game mode, complete with all four maps will be playable throughout the weekend, even for players without the full-fledged “Destiny 2: Forsaken” expansion.

The new Gambit mode is a competitive game option that blends elements of PvE and PvP for an expertly-crafted mixture of the two modes. Two teams contest waves of AI enemies, which continue to drop special items that can be stored to eventually bring forward a boss.

Both teams have the ability to spawn additional enemies for the other side to make it more difficult to score. It’s a frenetic new way to experience “Destiny 2” that originally launched when the game’s latest DLC expansion debuted on Sep. 4.

“Forsaken,” the third major “Destiny 2” expansion, follows a mission between the player’s Guardian character and Cayde-6, who have been dispatched to the Prison of Elders to quell a particularly difficult set of criminals.

Things don’t go as plan, and as such players are brought to the Reef after tragedy befalls Cayde, looking to take down former prince and traitor Uldren Sov. It includes new story campaign missions, a new raid, new Strikes, and of course the aforementioned Gambit mode as well as a smattering of other new items.

“Destiny 2: Forsaken” is available for purchase across PlayStation 4, Xbox One, and PC now. The Gambit trial will be hosted on all platforms.